Happy Quarantine! …Okay maybe that wasn’t the best way to start, let me try again. Hello everyone, I’m Tati or anamarie and I hope you’re all doing well. Alright we’re done with that, now let’s talk about something important…. K-DRAMAS!

I just like you am a #kdramaaddict, I don’t know what about them draws me in and makes it impossible for me to not watch all 16 episodes in 1 night and not have a single regret about it. I’ve watched many dramas and this is my all-time favorite… like ever. I just realized I never formally mentioned which drama we’re talking about, how rude.

Today we’re talking about the amazing “Weightlifting Fairy Kim Bok-Joo”. If you haven’t seen this drama yet, I would recommend watching it first then coming back because there will be SPOILERS. You’ve been warned 🙂

I’m not ashamed to say I love a bubble gum sweet , lovey dovey romantic drama. Does it give me unrealistic  expectations when it comes to dating, Of course but, do I care? Not one bit. This drama has everything I love: Romance(duh), Comedy, Life-Lessons and Controversial topics. So I thought why not share my favorite things/moments from “Weightlifting Fairy Kim Bok-Joo”  from the good, bad, and swagginess (is that even a word?) of it all.

I know I’m not the only one waiting for them to get back together and announce their wedding, right?! As I stated earlier I’ve watched many dramas so I’ve seen quite a few lead couples with sizzling chemistry, awkward chemistry and some with no chemistry at all (I’m talking about you “Cheese in the Trap”). While watching I couldn’t help but be in “awe” of their chemistry, it honestly felt like I was watching a real-life couple instead of two actors.

One thing that really stuck with me was their dynamic. We can all agree that normally in K-dramas the girl is petite and cutesy, and the guy is “strong” and macho blah blah blah. Not this one! Firstly, the actress that plays Kim Bok-Joo (Lee Sung-Kyung) she’s 5’9 (we love a tall queen) and, in the drama she was portrayed as a strong independent girl who can eat 3 plates and still be hungry and who’s also not afraid to put a guy in his place when needed. Did that bother our lovely male lead… NOPE! If anything he thought it was sexy.

Instead of just throwing them into a relationship for the sake of it being a romantic drama, they actually showed them building a friendship (they knew each other when they were kids) and understood each other first. Which in my opinion gave their “on-screen” love that authentic feel I fell in love with. I’m not lying when I say this drama called me single in 10 different languages.

Can we all agree their friend group was the best thing about this drama?! (not counting the love birds obvi). I have never wanted my friends to say swag and eat mountains of chicken and KBBQ before in my life.

Not only were they extremely supportive (well.. sometimes) regarding Kim-Bok-Joo’s (Lee Sung-Kyung) life decisions whether it be about weightlifting or dating, they were so funny!. Like if my besties don’t almost get in a bar fight with me, are they even my friends?! Well… yes they are, but you get the point.

Never Change for a Guy… But This Was Cute

Changing yourself for someone is never okay, but you have to admit it was kind of cute seeing Kim Bok-Joo try to become more “girly” for Jung Jae-Yi (Lee Jae-Yoon)… Just me? Well okay.

All her life (so dramatic, Tati) she wasn’t much of a girly girl, weightlifting was all she knew so she didn’t have that “feminine” touch some girls have, so seeing her become a little more “girly” while dating Jung Joon-Hyung (Nam Joo-Hyuk) was adorable!

The Man of our Dreams, amirite Loves?

Jung Joon-Hyung (Nam Joo-Hyuk) is very attractive, there’s a point to that statement I promise.

In almost every romantic k-drama the male lead is super attentive and protective and swoon-worthy (he totally is tbh). When I first started watching this drama, my thought was “ he is very attractive so he’s going to be so sweet to her and treat her like a delicate flower”. However, funny enough that wasn’t the case in the beginning of the drama. You guys remember, once he realized they knew each other from when they were young, he would call her “뚱” (chubs).. how sweet. How many of you can say your amazing boyfriend or girlfriend used you as a shield so they wouldn’t get wet by a car? If they haven’t, do they even love you? …Kidding, totally kidding.

Was this drama adorable and put all of us in our feels? Of course!, but the amazing thing about this drama that I loved the most is that it touched on certain topics that people wouldn’t dare talk about themselves. I couldn’t have been the only person that noticed Song Shi-Ho (Kyung Soo-Jin) struggled with her relationship with food.

Those scenes were kind of hard to watch in my opinion, because I know people that struggled just like she did. Even though it was hard to watch, I believe it did help people who were/are in a similar situation seek ways to find help, whether it be getting counseling or even just talking to a friend. Also seeing her overcome her struggles and become a healthier and happier person by the end of the drama was amazing. Another “controversial topic” was when Jung Joon-Hyung (Nam Joo-Hyuk) realized our lovely Kim Bok-Joo (Lee Sung-Kyung) was possibly depressed.

Now you guys are probably like “Tati, why are these controversial?”. Sadly in some countries (or even some families) the mention of a person having any sort of mental illness is frowned upon and not taken seriously. That’s why I was happy that this drama shed some light on such serious topics such as depression, eating disorders, counseling etc. Talks like these are uncomfortable for some but totally necessary (Tati’s advice for the day). Sorry to end this post on a serious note loves, but all in all this drama is AMAZING and I recommend all of you to give it a chance if you haven’t already. You can catch “Weightlifting Fairy Kim Bok-Joo” on Netflix or Viki. Happy watching, loves. Bye!!! 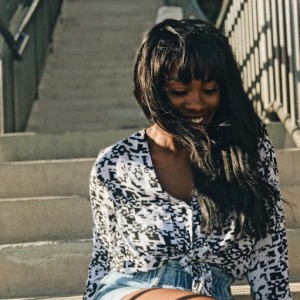 Just your simple K-drama enthusiast who was born and raised in Southern California, and might have a slight obsession with Fashion and K-beauty.
View All Articles

We hope you enjoy our content! Please consider subscribing and clicking on the bell icon for notifications on new videos we upload.

Subscribe
Questions or suggestions?
message us on discord
Related Articles

So I’m pretty sure you all have heard of this amazing drama called “Hotel Del Luna” starring our lovely (and Marvin’s favorite) IU.

BTS just completed a feat no other Korean Artist has done, a #1 song on The Billboard Hot 100 list with Dynamite.

A few filming sessions later and I’ve gained so much respect for YouTubers.

It’s been one year since Jerome and I started this website!

Neomuhae is a Kpop blog started by Twice fans. We cover various aspects of Kpop and Korean culture from the perspective of fans.